Planning a trip to Titan but not sure how much fuel you’ll need? Worry not! Here’s a convenient map showing the required delta-v to get from place to place in the solar system! 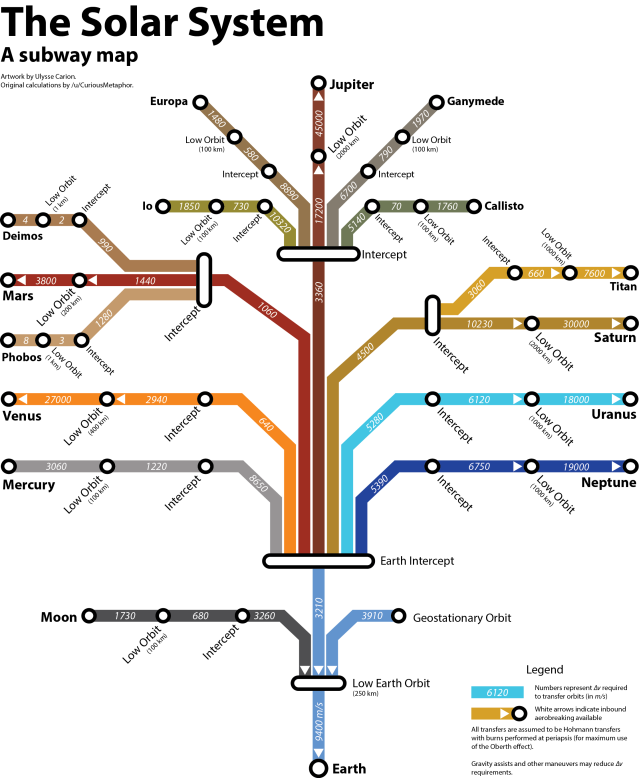 As you can see from the numbers, getting a craft to neighbouring Mars and Venus is a lot easier than getting a craft to anywhere further afield. A planet’s gravity well has a significant effect on the delta-v needed too. Just compare the requirements getting something into low Mars orbit to low Jupiter orbit and you’ll see why NASA were so pleased with themselves over the success of the Juno mission!

Molecular astrophysicist, usually found writing frenziedly, staring at the sky, or drinking mojitos.
View all posts by Invader Xan →
This entry was posted in physics, space and tagged spaceflight. Bookmark the permalink.