Why can’t science reporting be both critical AND awesome?

So sometime yesterday afternoon, I found myself reclining in a crowded coffee shop amidst an eclectic assortment of undergrads studying, using a similarly eclectic assortment of electronic devices… When I stumbled across an article posted on twitter, which a friend of mine had retweeted. As I write this, I’m still decoding my feelings towards it.

The article in question, by Jalees Rehman, was posted on Guardian science blogs under the title “The need for critical science journalism”, with the tagline “Too much contemporary science writing falls under the category of ‘infotainment'”, and it has a host of twitter pundits chirping in agreement★. I, respectfully, both agree and disagree.

As a scientist, I can’t help but concur that reporting of any kind of science should be critical. Things can’t be taken at face value. I really can’t stress this enough – particularly when newspaper sensationalism has done huge damage in the past, prompting the nutcases to come out.

What I disaprove of is Rehman’s criticism of the tone of writing. In particular, he mentions that critical science journalism is “less ebullient” than the so-called infotainment science journalism. While I understand he means no derision, I think his message is open to being misinterpreted.

Honestly? I think some ebullience is a good thing. I think it’s the dry writing which has been holding science back for too long. If it isn’t interesting then no one will be reading. And, seriously, many of these things genuinely are exciting. I commend writers for enthralling their readers, and attempt to do the same. 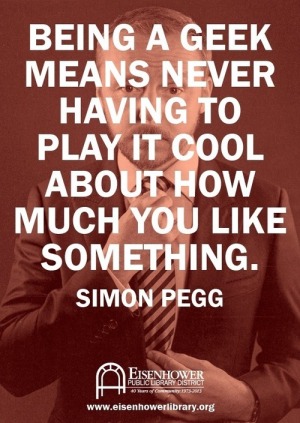 You see, the people who are now writing these things are nerds. Yes, myself included. As a few notable public figures (such as John Green and Simon Pegg) have pointed out recently, nerds are allowed to be unironically enthusiastic about things and to get excited when they describe things. And in my humble opinion, a little excitability is no bad thing.

With the state of the internet today, people are more interested and enthralled by science and engineering topics than ever before. We’re being taught – finally – that science isn’t just a topic for crusty old men in labcoats. It’s all around us, everywhere, all the time. And people are actually starting to care. Why? Because it’s exciting! However, I fail to see why exciting science journalism can’t be simultaneously critical.

As a science blogger myself, I take some pride in my attempt to explain detailed and difficult concepts in an understandable way. I also take some pride in trying to present things in a manner which are simultaneously exciting and critical, adding in additional commentary where my own expertise and knowledge allow. This is, in fact, the way I’ve always tried to present myself here on Supernova Condensate, particularly when I am – as Rehman suggests – critically analysing a scientific paper. I’m never certain how successful I am in this endeavour, but I’ve attempted to do so again and again and again♥.

An argument I’d make is that the things Rehman asks of science journalism, in general, require some rather focussed and specialist knowledge. I’m genuinely not sure how many writers know enough about the topics they cover to even be able to critically analyse a scientific paper, or give a full and balanced background of the topics at hand. I’d be hard pushed to critically analyse a paper in a medical journal. Seriously, it’s like another language to a physical scientist like me. Ditto, I suspect Rehman may have difficulty critically analysing any topical paper in astrophysics. It isn’t his field. That’s a bit like asking a taxi driver to fly an aeroplane. Sure, in principle both tasks involve controlling a passenger vehicle, but the specifics are… different.

I would conclude by saying that we should all remember that not all science journalism is equal. On one hand you have traditional news media like newspapers and television. If I might be brutally honest, the treatment which traditional journalism gives to science coverage is very often neither exciting nor critical (as beautifully satirised by Martin Robbins a few years ago). 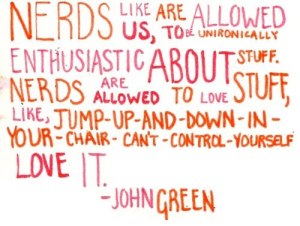 Then you have the “infotainment” sources. Blogs like the rather lovely Science in a Can and It’s Okay to be Smart. Together with YouTube channels like Sci Show, these particular media aren’t really given to detailed analysis and critical discourse. Nor is it what much of their audience want. While this may be considered infotainment, it still serves a very important purpose. Enthusiasm.

By presenting exciting interesting facts and, yes, occasionally using hyperbolic words like “awesome” and “heroic” this serves to interest people. And I, for one, think it does a damn fine job of it. On social media sites from Tumblr to Facebook, peoples’ enthusiasm is being stoked in a way which it never has before.

For those who want detailed news and critical analysis, there’s a third medium. Science blogs. By which I mean long-form blogs like this one, or those found in places online like Scientopia, Science Blogs, and ResearchBlogging.org. In fact, precisely the kind of science reporting which Rehman calls for has been happening at sites like these for years now. The more switched on readers already know that if they want discourse, they should seek out these specialist sources.

In closing, I would point out again that I mean no disrespect to Jalees Rehman in this article, and I agree wholeheartedly that critical thought and unclouded viewpoints are essential in science reporting. But ideally I don’t think this should detract from the fact that many of these things are, in a truly literal sense, awesome. Just as Carl Sagan was so fond of pointing out.

★ I know it’s a cheap shot to use avian euphemisms when talking about twitter, but you know – a bird in hand…
♥ While I write freelance for other places, everything here on my personal blog is a labour of love. And I don’t intend on stopping anytime soon.

Molecular astrophysicist, usually found writing frenziedly, staring at the sky, or drinking mojitos.
View all posts by Invader Xan →
This entry was posted in academia and tagged writing. Bookmark the permalink.

2 Responses to Why can’t science reporting be both critical AND awesome?