It’s safe to say that we all know the phrase “primordial soup.” An idea originally put forward by J.B.S. Haldane in 1929, writers have been waxing lyrical about this proverbial soup from which life arose, for decades now. The phrase permeates most written articles on the matter, from technical scientific literature to news reporting. But is the “soup” really an adequate description of how life originally formed?

As it happens, probably not. Lane et al, in this paper, make no uncertainty in their terms from the outset – such a soup wouldn’t actually be that palatable. An ocean full of miscellaneous amino acids and nucleobases would have a homogeneous pH. No redox chemistry would occur, and no energy coupling would be possible.

Cells in modern day life use the process of chemiosmosis in their metabolism to generate adenosine triphosphate (ATP) by selectively allowing hydrogen ions to pass through cell membranes. This is the essence of cellular respiration, and it’s the reason why you’re breathing while you read this★. When life discovers something which works, it has a tendancy to stick to its guns unless it has any particularly good reason to change. In other words, the processes used by life today are likely to be the same as those used by whatever primitive lifeform everything today descended from – the last universal common ancestor.

The search for the last universal common ancestor, or LUCA for short, is one of the key goals in any origin of life research. The big questions are when and how it came about. Many people advocate the RNA world hypothesis, and it’s agreed in this paper that “some elements of the RNA world concept are almost certainly correct” – and indeed, it certainly must have been the case at some point that RNA was what allowed life to… well, live. Frankly. The case argued here by Lane et al is that there must have been something prior to the rise of RNA. The idea that certain essential enzymes contain iron-sulfur clusters as their cores may be more ancient than RNA is certainly a fascinating one.

The primordial soup idea isn’t without its problems. While, as Urey and Miller made famous, biomolecules can be synthesised under the right conditions, it’s unlikely that a mechanism like this could have created any more than the raw ingredients of life. The authors eventually lead to the idea of life arising on deep sea hydrothermal vents, an idea which is not without considerable support in the astrobiological community. But in this case, they aren’t referring to the “black smokers” with which astrobiology aficionados will be more familiar, but a different type of hydrothermal vent called an alkaline vent. 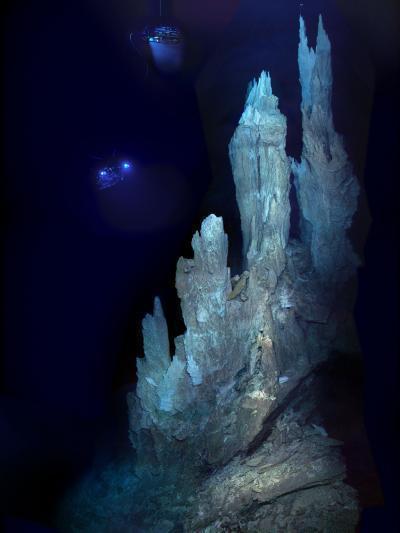 Alkaline vents (actually sometimes called “white smokers”) are not actually volcanic. Instead, they get their energy through a geochemical process called serpentinisation – the same process which I wrote about recently as a potential source for methane on Mars. Serpentinisation can act as a significant heat source, generating 150–200°C and creating highly alkaline, hydrogen rich fluids. On the sea floor, this process can occur continuously and is ubiquitous enough on our planet that more of Earth’s water is chemically bound into hydroxylated rocks than is present in all of Earth’s oceans. That’s really quite remarkable.

This paper goes on to discuss the chemicals found in the hydrothermal fluids, including methane, formate, and acetate, and how some of those found in such places today appear to be abiotic in origin. Although I can’t find any mention in the text of the fact that serpentinisation itself actually creates methane, this doesn’t impact the main assertion here – that life formed in the midst of a mechanism to convert carbon dioxide into hydrocarbons like methane or acetate. There is indeed a remarkable coincidence that of the 5 biological pathways known to fix carbon dioxide with hydrogen, all use energy (and thus ATP), except the most ancient. The CoA pathway is used in the oldest bacteria and archea. In primordial seas containing 1000 times as much dissolved CO2 as modern oceans, could this mechanism have also been used by LUCA? In both cases, the biological mechanism is catalysed by metalloenzymes containing iron, sulfur and nickel. The exact same type of minerals found in hydrothermal vents. This chemical reaction is exothermic, that is, it releases energy. Energy which may have been used to fuel primitive metabolisms!

Chemiosmosis and proton gradients which living cells use are ubiquitous. This mechanism is present in all living things. Combined with the already noteworthy evidence previously mentioned, Lane et al argue the case that chemiosmosis is, in fact, a fundamental property of life, and one so old that its origins date back to the time when life originally arose. Frankly, they argue their case compellingly.

I’ve read a fair amount on theories of the origin of life. With astrobiology amongst my research interests, it would be foolish not to. If there are any facts which contradict the hypothesis presented here, I’m unaware of them – though I’ll confess that the finer points of biochemistry aren’t one of my strongest areas.  As far as I can see, all of the puzzle pieces seem to fit together perfectly.

I’d recommend anyone else with an interest in the origin of life to get hold of a copy of this paper and read over it. Perhaps it’s high time we all stopped looking at soup! 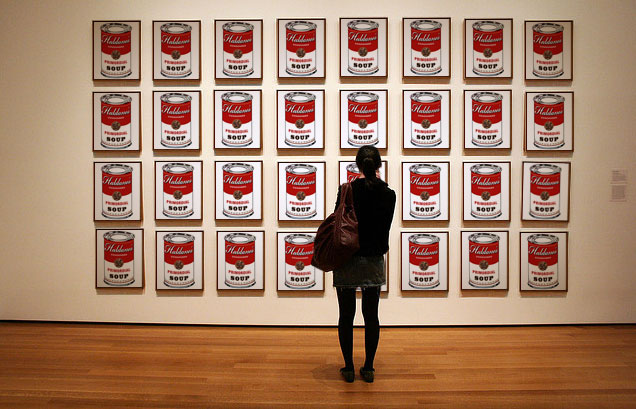 ★ With apologies to anyone among my readership who happens to be non-mammalian and in possession of gills, book lungs, or similar.

Images:
Upper & Lower – My apologies to Andy Warhol, whose work I’ve recreated and shamelessly altered. My apologies too that the lower image is unsourced. If you know where the original unmanipulated version is from, please let me know.
Middle – Lost City hydrothermal vent, Kelley, U of Washington, IFE, URI-IAO, NOAA

Molecular astrophysicist, usually found writing frenziedly, staring at the sky, or drinking mojitos.
View all posts by Invader Xan →
This entry was posted in astrobiology, chemistry and tagged biology. Bookmark the permalink.