Holding on to the Moon

Because think about this – We didn’t know how the first time around either. Did it stop us then? No. The Apollo program was announced in 1961. Did they have existing engineering knowledge on how they were going to do it? No they didn’t. Was there a chance they might fail? Yes. In fact the possibility for failure was constantly very real. Disasters did happen. Did that stop things? No. They did what anyone should in the face of failure. They learned lessons, addressed problems, and then they carried on better than before. If a similar disaster were to happen to any space program now, it would be permanently shut down in a heartbeat.

As the saying goes, necessity is the mother of invention. The technology and skills were needed, so they were invented to fill that need. No one decided they couldn’t because they didn’t have the technology or the engineering ability. If the human race had ever decided not to do something because we didn’t know how, we’d still be living in trees and fleeing from sabre-toothed felines. But we’ve spent so much time being mollycoddled, tied up with red tape, and fearing – not for actual safety – but for the beaurocracy that comes with it.

In fact, I’ve started noticing that I now have a disquietingly cynical knee-jerk response; if any politician talks about going to the Moon, I find I never even take them seriously anymore. After all, Bush talked about it back in 2004 when NASA’s Constellation program kicked off. Before it was effectively cancelled after six full years of unsatisfactory achievement. Apollo went from inception to human beings walking on the Moon in 8 years. In the 6 years Constellation was running, they didn’t launch a single capsule into orbit. And before anyone objects to that statement, yes I know that the real problem is that NASA aren’t given nearly the budget they deserve. Sure, politicians may talk about it to win votes. But I don’t think any of them ever intend to make good on their promises.

But for all of my vitriol, there’s still a ray of hope. My post about the hazards associated with moon dust yesterday had one big implication in it which was so obvious that chances are you missed it. Let me spell it out – yes people are still considering how humanity might solve the problems associated with colonising the Moon.

That’s it. It’s that simple. And it gives me hope. Maybe it’s only of interest to academics right now, but people are still thinking about these things. I really cannot hope strongly enough that the human race gets its ambition back soon. No it won’t be easy, but when has anything worth doing ever been easy? Can we all wake up and start dreaming again now please? 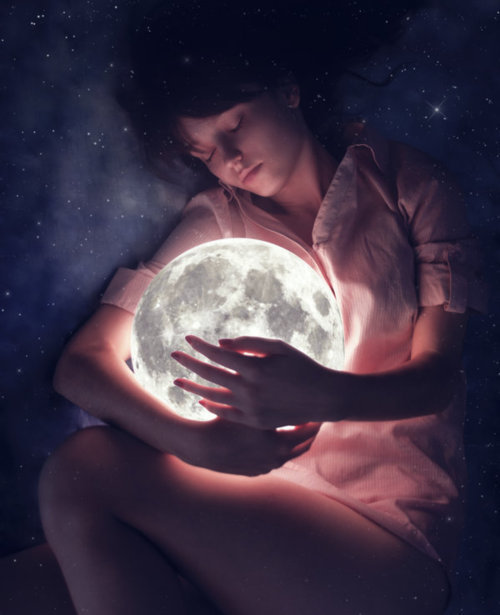 If you want to read more about the early efforts of humanity in travelling into space and many of the hurdles they had to leap, then I’d recommend spending a few hours reading over Amy Shira Teitel’s Vintage Space. Because you really can spend hours there, believe me…

Top image is via halfbloodgirl on weheartit.com, so I’m afraid I don’t know the original source. If this image is yours, please let me know so I can credit you properly, or remove it (depending on what you’d prefer).

Molecular astrophysicist, usually found writing frenziedly, staring at the sky, or drinking mojitos.
View all posts by Invader Xan →
This entry was posted in space, Tech and tagged space exploration, spaceflight, the moon. Bookmark the permalink.

5 Responses to Holding on to the Moon